Together for Humanity News

THE Australian government has committed $2.2 million to Together for Humanity to foster intercultural understanding in schools across Australia. This was covered in the St George and Sutherland Shire Leader and the Australian Jewish News.

Our President Madenia Abdurahman and National Director addressed The Problem of Radicalization- what is to be done at the Rotary Club of Sydney. See page 13.

ABC’s The Year That Made Me program interviewed our Chairman, Chris McDiven and our National Director, Rabbi Zalman Kastel.

Our National Director was interviewed on the ABC, Radio National Soul Search Program

One of the new Prime Minister’s first local engagements was keeping a prior commitment to attend a Together for Humanity boardroom lunch at Clayton Utz in Sydney last week as reported in the Australian Jewish News. 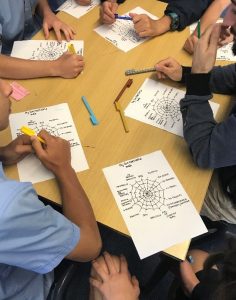 Together For Humanity is an inclusive, multi-faith, educational organisation that works with schools to foster intercultural understanding and help students learn how to deal with differences. We stand for acceptance of every person regardless of race, ethnicity or faith.